What We Need To Know About Elder Abuse 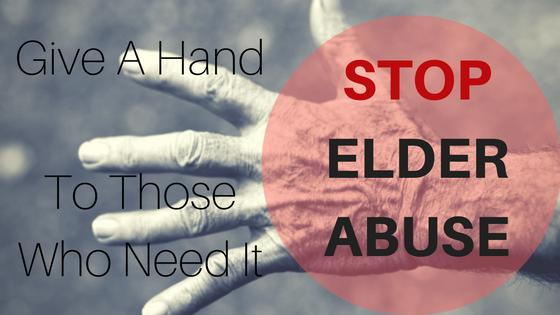 What We Need To Know About Elder Abuse

If you’re a regular to my blog, you’ll already know that apart from elder care tips and life hacks I also sometimes try to address important issues connected with the life of seniors. Elder abuse is one of the biggest issues occurring in our society, and it mustn’t be overlooked. It happens in elderly people’s own homes and sometimes even in the nursing homes that are supposed to provide care and safety.

I am writing this post to underline some basic facts and numbers, and to raise awareness of this horrendous problem.

According to the World Health Organization (WHO), every month 1 in 10 seniors experiences abuse. This number is most likely an understatement, because according to National Council on Aging (NCoA), only 1 in 14 cases of elder abuse is reported to the authorities. Given the fact that the global population of people aged 60 years and older will more than double in the next 30 years, the amount of reported (and unreported) cases of senior abuse is likely to grow as well.

NCoA reports that the abusers are both men and women, and in almost 90% of the cases they’re also a family member such as an adult child or a spouse. The danger is closer than one might realize.

There are several kinds of abuse. Some are more visible than others, but they are all damaging. Aside from physical, emotional and sexual abuse there’s also passive neglect, confinement, willful deprivation, and financial exploitation. More specifics and information about the types of elder abuse can be found on the website of the National Center on Elder Abuse (NCEA)*.

There’re a number of signs you should watch out for, that can indicate abuse. If you’re having suspicions about someone from your surroundings suffering abuse, keep an eye out for physical injuries, sudden weight loss, changes in a financial situation or an unexplained withdrawal or changes in behavior.

If you’re a concerned close friend or a relative, watch out for the signs above. Call and visit regularly, and try to stay with the elderly person for a longer period of time to allow the caregiver to take a break. And when you get suspicious, don’t hesitate to report it.

To report elder abuse, contact the Adult Protective Services (APS) agency in your state. You can find the APS reporting number for each state by visiting: The State Resources section of the National Center on Elder Abuse website. The Eldercare Locator website or calling 1-800-677-1116.

If you want to get involved, becoming a volunteer and an advocate for the cause and lobbying on social media, raising awareness and educating yourself and others on the topic is a great way of support, as well as donating to charity institutions.

If you need help dealing with elder abuse legally, get in touch with your local elder law attorney. Reach out and get help, you can save somebody’s life!