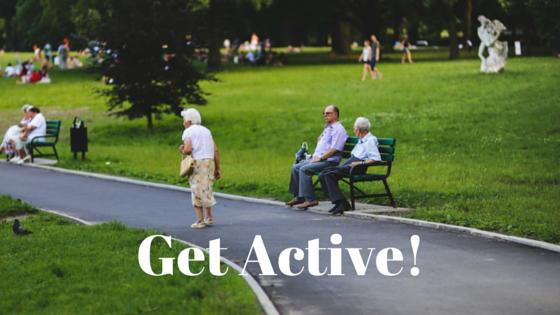 Last week, the United Health Foundation released their annual Senior Health Ranking survey, one of several state public health statistics that they publish at americashealthrankings.org. Ohio came in 38th out of 50.

The alarming thing, however, is that the biggest negative changes are well within our control. Food insecurity increased 26% and obesity increased 17% (that last one dropping Ohio to the 5th worst state).

That said, it’s not too late to improve things!

Most of the dramatic change in health rankings isn’t due to changes in the behaviors of the elderly. Rather, it’s due to entry of new cohorts into senior-citizen demography. The elderly population in Ohio is growing at a rate of about 2.7% annually. These changes in senior health are, in large part, due to people who are less healthy than their more senior fellows crossing the magical 65-year threshold.

What this means for you is that, if you or a relative or loved one, are in the 50–65 bracket, it’s time to take a hard look at how you’re living. And if you’re between the ages of 65 and 70, it’s really time to get serious. You can dig into the report in-depth on your own, but based on my read, it looks like there’s actually some good news here. Both the food insecurity and the obesity ranking seem likely to be tied to overall inactivity.

If you want to improve your overall activity levels, a good place to start is Exercise & Physical Activity: Your Everyday Guide from the National Institute on Aging, published by the NIH’s National Institute on Aging. But even if you’re not ready to dive into exercise, you can start with the really simple things. We’re entering a period where those who are joining the ranks of the elderly may have spent the vast majority of their life sitting — either at a desk, or in a car, or both. Changing 30 or 40 years of habits isn’t easy, and actually, even basic things like standing up and sitting down can be difficult. The important thing is to start slow and easy. Consult your doctor. Start walking. Even if it’s only to the end of the block and back (or heck, the end of the driveway). Build up very slowly. It can be tempting to try and push yourself too hard, but that can be very counter productive. Slow and steady improvement is preferable to quick improvement that results in injury.

There are a lot of factors that contribute to senior health, but at least this one big one is under your control.