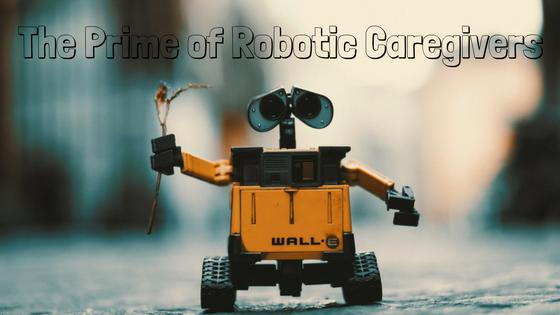 Robotics is one of the branches of science that is undergoing the fastest advancements, and we can see its fruits in almost every industry: computing, construction, agriculture, military, entertainment, and even health care. Although people who are familiar with Daniel H. Wilson’s Robocalypse, or with Isaac Asimov’s I, Robot may be a little more than sceptical about allowing robots to take over our daily tasks, considering their invaluable role in many aspects of our lives we have to give them at least some credit. Oftentimes, the robots really do make our lives easier.

Why am I talking about this? I’ve just recently read a thought-provoking opinion in The New York Times that got stuck in my mind and led me to do some serious thinking and research on the topic, which concerned implementing robots as caregivers for children, the ill, people with autism, and possibly even the elderly.

Let’s face it: the aging population together with the continual decrease in birthrate is a problem in all parts of the world. Take Japan, for example: “In 2025, 1 in 5 people will be aged over 75, and 1 in 5 seniors aged over 65 will have dementia, according to Health, Labor and Welfare Ministry estimates. … Japan will need 2.53 million care workers in fiscal 2025, but the number will fall short of demand by 377,000.” – japantimes.co.jp

The U.S., Canada, Europe, and other developed Asian countries are following pretty much the same pattern.

But it’s not just the fact that there will be fewer young people available. Another problem is the unpopularity of the job, because it’s very physically and mentally demanding with disproportionate compensation, which, in all honesty, doesn’t really make it a great career opportunity for the challenge-seeking millennial.

But the attention is much needed. I’ll quote a part of the NYT article that inspired me to write about this issue in the first place, so that you can draw your own picture.

“I can, and do, write prescriptions for her many medical problems, but I have little to offer for the two conditions that dominate her days: loneliness and disability. She has a well-meaning, troubled daughter in a faraway state, a caregiver who comes twice a week, a friend who checks in on her periodically, and she gets regular calls from volunteers with the Friendship Line.

It’s not enough. Like most older adults, she doesn’t want to be ‘locked up in one of those homes.’ What she needs is someone who is always there, who can help with everyday tasks, who will listen and smile.”

Many countries — with Japan being the flagship — are investing in healthcare robotics development, in order to come up with a solution for loneliness and various movement and independence restrictions. In some cases, the caregiving robots are being implemented as we speak, such as the Japanese Robear, the Swedish GiraffPlus, or the German Care-O-Bot. Caregiving and nursing robots may be even closer than we realize, simply because the need is so urgent.

As much as I love the idea of robotic household helpers for people with various disabilities, I can’t help but wonder about the ethics of having regular, possibly even emotional interactions with a humanoid robot in your home. How will the software work with personal information? What will the policies be on the possible accidents and injuries related to the machine? Will robotic caregivers be covered by medical insurance?

The questions are many, and so far we have very few answers. That said, I personally can’t wait for the further development of mechanical caregivers.

What is your opinion?