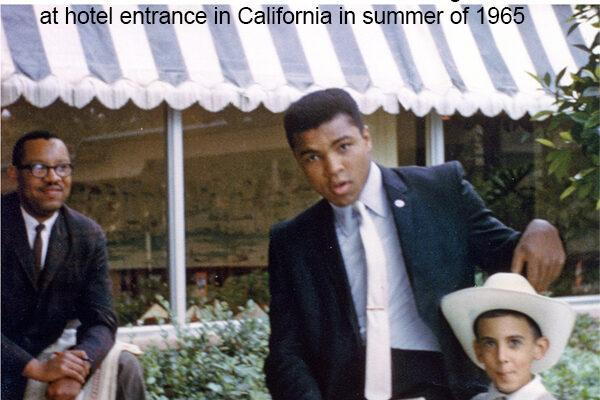 In the winter of 1964, 22 year old Muhammad Ali upset Sonny Liston and became the heavyweight boxing champion of the world. In the summer of 1965, he had the good grace, charm, and class to spend some time letting his photo be taken with a young child on vacation in California — me. The photo above of me and the Champ has always been one of my most prized possessions.

Of course, it’s easy to understand how a young lad could have his imagination captured by the charismatic Champ, but as I’ve grown older I’ve grown even more fond of the man. Since announcing that he had Parkinson’s disease in 1984, Muhammad Ali has been a paragon of celebrity — using his fame and fortune to help those less fortunate around the world, and doing so without seeking self-aggrandizement. In fact, many of us are completely unaware of much of Ali’s work. In honor of the great man, I’d like to take this opportunity to point out a few of the lesser known things that he’s done. 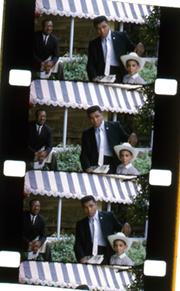 Many people are aware of Ali’s support of the Special Olympics and the Make-A-Wish Foundation, but his support for children went far beyond that.

“I am an ordinary man who worked hard to develop the talent I was given. Many fans wanted to build a museum to acknowledge my achievements. I wanted more than a building to house my memorabilia. I wanted a place that would inspire people to be the best that they could be at whatever they chose to do, and to encourage them to be respectful of one another.”

That’s what Ali said at the opening of the Ali Center in his hometown of Louisville, Kentucky. The aim of the center is to instill Ali’s six core principles — Confidence, Conviction, Dedication, Giving, Respect, and Spirituality — and to inspire children to be as great as they can be.

But his involvement wasn’t just limited to inspiring youth and supporting the disabled; in stark contrast to the violence of his professional career, Ali was always a staunch advocate of peace. During the first Gulf War, Ali traveled to Iraq and met to negotiate with Saddam Hussein. He continually traveled to countries to meet with leaders and promote peace, and help those in need. Amongst many others, his work touched Mexico, Morocco, and Afghanistan, after which he was chosen to be a United Nations Messenger of Peace and was awarded the Presidential Medal of Freedom, our nations highest civilian honor.