Marching in May — Activities for The Elderly 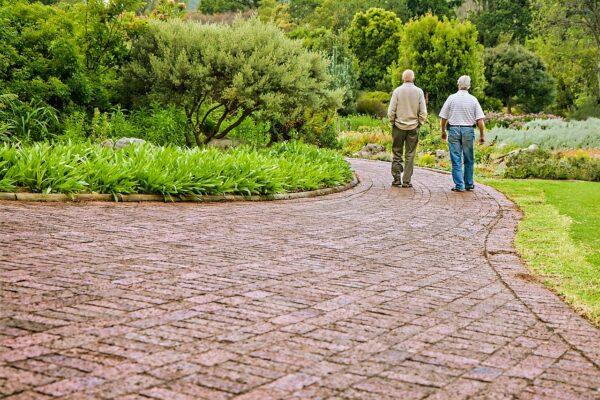 Marching in May — Activities for The Elderly

Following on to my popular post of activities you can do with your elderly relatives in April, here’s my list of activities for the elderly this May. There’s a bunch of great stuff happening — some of it one time, some of it recurring — so you’ll have ample opportunity to grab your parents or grand parents, and get up and go!

May 5th, Dayton, First Friday — happens the first Friday of every month, so if you miss it in May, you can try again as long as the weather holds out. The exact details are different every month, but it generally includes a bunch of open art galleries, along with street performances, so it’s a great walking tour. You can download the latest month’s details from downtowndayton.org.

May 6th and 7th, Dayton, Brahms Festival — the Dayton Philharmonic has a couple of great events happening in May, including their Brahms festival. If classical music is more up your alley than walking around downtown, it’s worth checking this out. Also, seniors get a discount.

May 7th, Oxford, Red Bricks and Roses — everyone loves a parade! Instead of just the big-deal Independence Day parades, why not check out something a little more low-key, and a little more nostalgic. The parade is at 2PM, but there are activities starting as early as noon in downtown Oxford. The best part? The entire parade is horse-drawn carriages!

May 13th and 14th, Dayton, Best of Broadway II — symphony for those who don’t prefer the symphony. A few years ago, the Dayton Philharmonic hosted a “best of broadway”, and it was a rave success. This year, they’re doing a follow up, Best of Broadway II. It’s chock-full of show tunes that your elderly relatives are sure to love, from Kiss Me, Kate, South Pacific, Hello, Dolly, and many, many more — all the way up through modern-era broadway hits like Jersey Boys and Wicked.

May 20th and 22nd, Dayton, The Book Collector and Carmina Burana — that’s right … a double-feature opera! If the Dayton Philharmonic didn’t meet your needs with either the classics of Brahms, or the Best of Broadway, check out this double feature, including the famous opera Carmina Burana, and the world premier of The Book Collector. The Sunday show is a matinee, starting at 3PM. Both shows have a talk, starting an hour before hand, and both offer senior discounts.

May 20th-28th, Cincinnati. It seems that May is full of music! Most of the entries this month have been from the Dayton Philharmonic, but it’s worth the trip to Cincinnati to check out their May Festival.

May 21st, Miami County Fairgrounds, Gourmet Food Truck Competition — in case you missed it, the nation has been overwhelmed by gourmet food trucks. Mostly, this phenomenon started off in LA, and quickly spread to San Francisco and New York. But now, it’s accessible right here in Ohio. And what better way to experience it then getting all the best of them together at once. Check out the fairgrounds from 11AM to 9PM. Admission is free (though the food isn’t).

May 28th-30th, Cincinnati. The Taste of Cincinnati. Enough said. OK, maybe not enough — it’s a great “taste” food festival, without being as crazy as the Taste of Chicago. A great way to spend they day walking around, getting a little bit of exercise, and enjoying great food and great people watching.

Every Saturday (through the end of they year) — if your relative is an old-school aviation buff, then this is just the treat. Every Saturday, you can watch volunteers at the Champaign Aviation Museum work on restoring a WWII B-17 Flying Fortress bomber. And there are plenty of other things to see at the museum (and it’s open other days, too, but this is far-and-away the coolest thing they’re doing).