Financial (In)Security for Seniors And How Can We Help 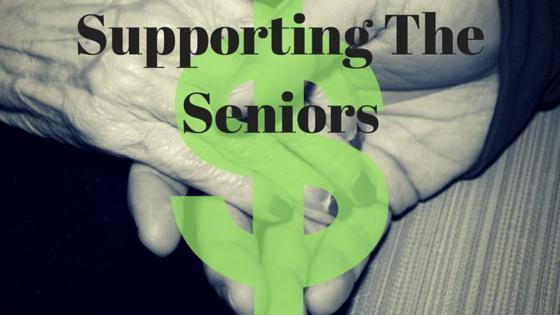 Financial (In)Security for Seniors And How Can We Help

In one of my last blog posts I was talking about the dangers of scams. I would like to come back to this topic a little bit, and have a closer look at becoming retired from a financial point of view. In retirement, individual monthly income often decreases greatly, and it might not always be easy to deal with the consequences.

According to a study done by the Economic Policy Institute in 2013, 48% of the elderly population in the United States can be described as financially vulnerable. That means that their monthly income is less than 200% of the supplemental poverty threshold. Furthermore, 22% of married and 47% of single social security recipients aged 65 or more depend on it for 90% or more of their income, according to the Social Security Administration.

All this is caused by low retirement income, insufficient retirement savings, sky-high healthcare costs, and fundamental living costs that can only be reduced to a certain level while maintaining a dignified lifestyle. As a result, it is not at all unusual to see retired citizens becoming financially dependent on their children or other relatives. It can be due to insufficient savings and income, an illness or becoming a victim of a senior fraud.

For us as caregivers it is very important to be well informed about our aging relatives’ finances, and also to keep an eye out for signs of trouble.

Once you find yourself in the position of a caregiver, the topic of finances will inevitably come up. The process of actually taking over your family member’s finances is a very sensitive one. In my above mentioned blog post about scams I said that seniors are often ashamed or afraid to talk about becoming a victim of a financial fraud — mainly due to their fear of losing control over their own finances. Therefore, it’s very important to communicate with your relative and be very gentle when addressing this issue.

If your parents are doing well, you should talk to them about doing a review of all their accounts and financial responsibilities. They don’t need to hand it over, but they should be ready to do so in the case of an emergency.

A little shameless self-promotion: it is highly advised to discuss all steps with an elderly law attorney, in a timely manner, if possible.

When To Step In

Losing track of finances can become a time bomb for an elderly person, so if you have access to their house, I’d advise you to be wary of these 8 major red flags that can be a sign of your relative being in need of financial help. I’ve taken the liberty of borrowing these signs of losing financial control from an excellent article on caring.com:

If you are an adult between the ages of forty and sixty and you’re raising/supporting a child as well as caring for an elderly adult, you’re a part of the “sandwich generation”. As a full-time worker, being pressed between two dependent generations while being responsible for the economic security and well-being of them both can become a very stressful issue. This is a big enough topic that I’ll plan on addressing it, and how to deal with the stress associated with it, more in one of my upcoming blog posts.