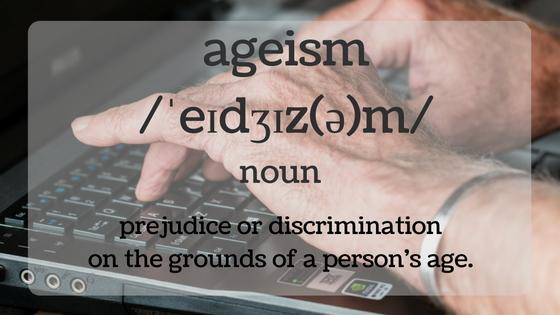 Ageism, defined in the Oxford English Dictionary as “prejudice or discrimination on the grounds of a person’s age”, may not be as familiar a term as some of the other -isms, but is almost certainly something you’ve experienced or witnessed yourself, in one way or another. Today I’d like you to turn your attention to this social phenomenon, and join me on my crusade against its spreading in the civilized world.

The Shift from Respect to Disrespect

I consider ageism to be a particularly nasty form of discrimination. While I do find all forms of discrimination nasty, this one is extra ridiculous by nature — we’re discriminating against people that are at a point in life where we ourselves will be in a few years time. And the population over 60 keeps growing, so it’s an issue that affects a larger and larger portion of the population every day.

It is absolutely unacceptable to approach elderly people with the assumption that they have some sort of physical or mental disability, such that they are not able to process information or take care of themselves well enough, especially when an adult relative / caregiver is in the room. Preserving respect towards seniors and maintaining their dignity should not even be an issue in the first place — and yet, in a survey by the American Psychological Association, nearly 80 percent of people aged 60 and older reported experiencing ageism. Where have we gone wrong, from respecting our elders for their wisdom and life experience to diminishing and ridiculing their importance?

The Effects of Ageism

Making the elderly feel like there’s no more place for them in our young, rushed and energetic society by overseeing and repressing them inevitably leads to lowered self-esteem, depression, and isolation. Sometimes this even results in shortening their lives, as they come to believe that they are no longer needed. This is something every recruiter, doctor, shop assistant, or just family member needs to realize. Even what may seem like an innocent joke to you can become a painful wound for someone else.

There’s Hope for A Brighter Future

There are many associations all over the world (e.g., Gray Panthers of Metro Detroit or This Chair Rocks) who make it their goal to spread awareness and defeat ageism in our society.

“New laws have reduced age discrimination in the workplace; and the percentage of people 65 to 74 years of age in the work force has been steadily rising, reaching 26.8 percent in 2012. With the aging of the huge baby boom generation, the corporate world is spending more time and dollars appealing to the age group with the most discretionary income. Older actors as leading men, and occasionally leading ladies, have become routine in films and on TV. As their ads insistently remind us, Viagra and Cialis have resurrected the sex lives of millions of elders, and we old folks today are generally healthier and more active than our grandparents.”
– Robert W. Stock, The New York Times, Feb. 7, 2015

Baby steps, one at a time, but hopefully our society is starting to realize that growing old doesn’t mean not living life to the fullest. I hope to see the day that the elderly will again be respected and valued as important members of society.