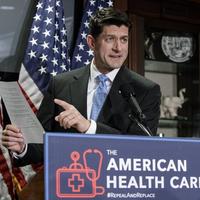 The American Health Care Act (i.e., repeal of Obamacare) includes significant changes to the Medicaid program. The proposal is for a Medicaid block grant program where the Federal government gives the States a fixed amount of money but the States define their own rules for eligibility. The amount is based on a per capita model which would start in 2020. It is not just the money arrangement that will change; all the current federal laws which set out the rights of persons to be eligible for Medicaid will be gone. Each State would then create its own rules of eligibility. The following current protections for Medicaid applicants could all disappear: exemption of the residence for the spouse still living there (i.e., they would have to sell the house); exemption of one car for the community spouse; allowance for an irrevocable prepaid funeral plan; personal family heirlooms such as wedding rings; and potentially many other protections for exempt assets under current federal law.

Based on my over 30 years of experience with the Ohio Department of Medicaid, I can guarantee you that a new Ohio Medicaid block grant program would be much more restrictive. A spouse  at home with the other spouse in a nursing home could end up in relative poverty. Without the current federal law protections for the community spouse, he/she could be financially devastated.   Of course, estate planning with trusts, long term care insurance and other planning options done in advance can protect estates for community spouses and families.

For more information on the American Health Care Act, go to the following websites: